This interactive panel discussion is a must-see for all leaders looking to move the needle on safety, health, and sustainability. Two dynamic leaders, Bill Yeargin and General Richard D. Clarke, will share their insights on motivating and inspiring your workforce. They will share real-life experiences to help elevate your organization to the highest standards of excellence. This conversation empowers you and your team to realize that anything is possible when you precisely determine and pursue your goals. 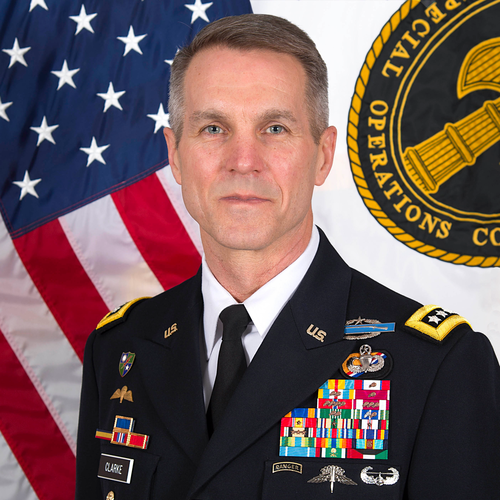 General Richard D. Clarke recently retired as the 12th Commander of U.S. Special Operations Command (USSOCOM), headquartered at MacDill Air Force Base, FL. Before assuming command of USSOCOM, General Clarke served as Director for Strategic Plans and Policy (J5), Joint Staff, the Pentagon, Washington, D.C. General Clarke will share stories from his expansive military career that highlight the development of his leadership philosophy, which includes ways to inspire others in your organization to achieve their goals.

General Clarke attributes his success as a leader to his ability to trust both his subordinates and his instincts about his subordinates. He says it is essential to pick the right people for the right jobs and put them in the right places. Get to know their strengths and weaknesses exceptionally well, particularly how they react in certain situations. Trust your subordinates to accomplish the missions they are given and put those you trust the most the farthest from you. In doing so, you will prevent things that you never knew could happen.

General Clarke has used these principles to lead soldiers at all levels in Airborne, Ranger, Mechanized, and Light Infantry units in five different divisions, the 173rd Airborne Brigade and the 75th Ranger Regiment, in the United States, Europe, Iraq, and Afghanistan. His deployments included Operations Desert Shield and Desert Storm, Operation Joint Guardian in Macedonia, three deployments in support of Operation Enduring Freedom, four deployments in support of Operation Iraqi Freedom, and one deployment as the commander of the Combined Joint Forces Land Component Command - Operation Inherent Resolve.

During his more than 20 years of service, General Clarke has learned about and experienced first-hand the principles of leadership and character that lead to success. As a general officer, he served as Deputy Commanding General for Operations, 10th Mountain Division from 2011 to 2013; the 74th Commandant of Cadets, United States Military Academy at West Point from 2013 to 2014; and the Commander of the 82nd Airborne Division. Fundamental Army and special operations assignments included: Director of Operations, Joint Special Operations Command from 2009 to 2011. He served eight years in the 75th Ranger Regiment as a company commander, then as a battalion commander, and finally as the regimental commander. He also served as commander of the 3rd Battalion, 504th Parachute Infantry Regiment, 82nd Airborne Division.

General Clarke was born in Germany and raised in an Army family. He graduated from the United States Military Academy at West Point, NY, and was commissioned into the Infantry in 1984. He holds a Bachelor of Science degree from West Point and a Master of Business Administration from Benedictine College. General Clarke is a distinguished National War College graduate earning a master's in Security and Strategic Studies.
view all keynote speakers
REGISTER TODAY